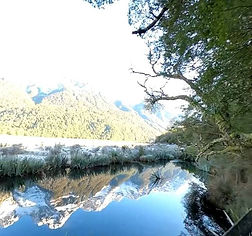 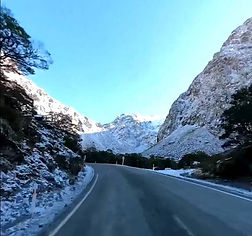 A fun drive while chatting with all the participants

I'm back from a drive on Milford Road, New Zealand. It was full of lakes, mountains, waterfalls and plenty of content. Also, a tour with a large number of participants talking to each other is really fun.

Thanks to the VR camera attached on top of the car, I was able to enjoy the scenery that cannot be seen on the actual tour.

As the Guide Mitchie said, when I leaned my body to match the direction of the car, the VR sickness was fine. (Male, 30s) 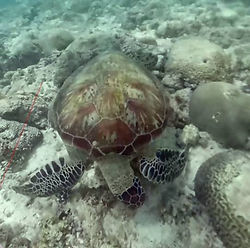 You can get very close to sea turtles! Felt like a resort on an underwater tour.

I went on an underwater tour of the Philippines’ Moalboal Sardine Run on a weekday morning with a resort mood. It feels completely like a resort in my house.

Anyway, the cost when I actually went is cheap. If you don’t mind swaying for three hours by bus from the city of Cebu, you can spend $25 to $30 on accommodation and be free on the white sand paradise of the beach.

Cheap in terms of money for the activity and the equipment. So I can get close to a herd of turtles... I want to do this!

The translation was not so stressful, and it was very easy to understand the Guide's explanation. (Male, 50s) 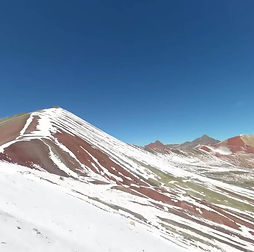 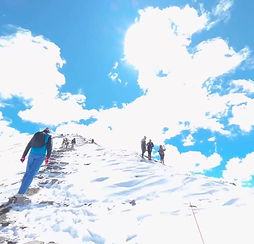 It ’s good to be able to take a closer look at one mountain.

The altitude is unimaginable for Japanese people who would like to be able to see the mountains of Peru/Rainbow Mountain closely. The start is 3800 m and the top is 5200 m! It is higher the highest point in Japan at the start.

When I asked about 5200 m, where and how long do you get used to it, the Guide said he usually lives in Lima, which is about 10 m above sea level, but he seems to be used to high places, so there was no talk of getting used to it in particular.

Japanese people may as well do a few steps each day for a few days.

The trick to not getting altitude sickness, is to keep going slowly and at a constant pace. I that is something I can say about life.

There are also stores selling coca tea on the way as a countermeasure against altitude sickness.

In Japan, it is treated as a drug, but it is traditionally drunk in Peru.

It's just a slow mountain climbing tour, but I like this one much better than plenty of other tours.

The changing scenery and the Rainbow Mountain, which looks better and better, were very good. 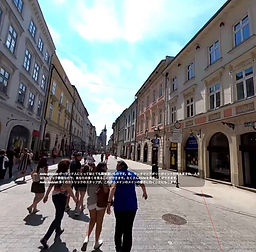 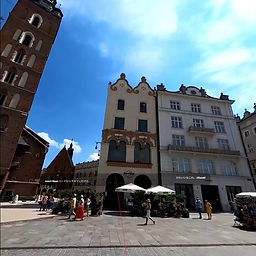 Seeing the city of Poland, The Guides and girls' meetup in Poland♪

It was a weekend VR girls' meetup with 3 of my friends for a total of 4 people.

I looked at the city, saw the market, and also visited the church.

I like the blue ceiling of the church so much! I will tell you one more time, I liked it so much!

Anita, a guidebook, and a girls' meetup in VR.

Anita figured out how to end her sentences in the translation with casual words or honorifics, picking up subtle nuances as well, but this was my first time!!

I didn’t get a screenshot, but the context was also right.

I heard that the Polish people have an idea that each person has an angel.

When you are in trouble, consult with your angel and they will give you advice in your dreams.

There are Angelic numbers, each of which has its own meaning, and if you see that number on the streets or on a watch, your angel is trying to convey the message.

For example, triple 888 was introduced, but when I looked into it, I heard that there are various numbers and that each of them has its own meaning.

And if you write that number and put it in your wallet or under your pillow, you'll be lucky to in money and love, and you can count on angels for power according to the numbers.

I've heard such a story.

The advice from the Guide should be as specific as possible to request an angel.

Anita asked an angel of love for a gentle and clever person, but she said that he had become her husband because he didn't ask for a good-looking girl... The three girls had no choice but to laugh while watching the husband shown in the video.

But in the end, she felt that he was a perfect husband except for his face.

I'll have a nice meal. 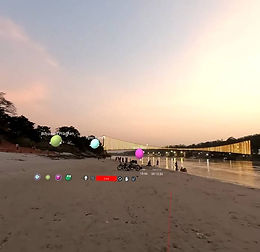 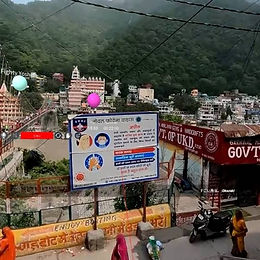 It's amazing that on the Rishikesh tour India tour I could thoroughly enjoy myself with such a good guide!!

I want to see it many times! There's no end to the town chaos.

What's the best, was that the Guide suddenly gets run over by a car.

The chaos is an unimaginable situation in which people cross narrow bridges and a large number of people pass by on motorcycles, as well as some monkeys and cattle.

I hear this is a holy place for yoga and meditation, but it's not a quieter place than in the mountains.

The environmental sound is too loud and I turned it off halfway.

The sound of the night market and the mystery bell is amazing.

And I'll speak to Indian people right away.

The Guide told me that he can make friends in 5 minutes in India, but obviously it doesn't take that much.

Many people were bathing in a river that flows from the Himalayas that is only a little higher in temperature than ice water.

I was asked, "Don’t you bathe at home?" but the Ganges River washes away sins, so you shouldn't take a bath.

On the Varanasi tour, the Guide told me that the Ganges River is so clean that you can drink it, so when I asked if I could drink it again, I heard that I can't because its muddy in the rainy season.

The bodies don't bother me, but the mud does.

The Guide answered a lot of questions, and they check the subtitles in detail, so it's really fun to communicate! 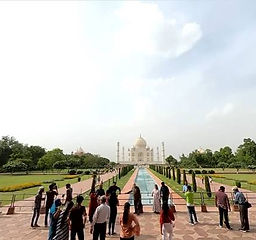 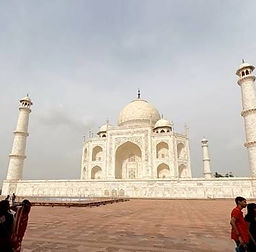 As expected, Taj Mahal was beautiful

It's very spacious, and if you actually go there, you'll be tired from walking so heavily.

I will proceed by having the local guide, Mr. Bidyawant Pradhan, explain various things.

The Taj Mahal was as beautiful as expected! "They cut off both hands of the workers so that they can't make the same thing again." I thought that it was about all the people who were involved in the construction, and that made me worried!

According to Wikipedia, the craftsman ordered to build the Taj Mahal secretly adored Mumtaz Mahal, so Shah Jahan, who noticed it, cut off his hands instead of giving him a reward. Well, it seems like a legend.

If you made the Taj Mahal now, it would cost you one billion dollars! That's why no one has such power, isn't it?

There was a story, "Why did you get married seven times? Because you love Mumtaz Mahal so much?" I thought that’s what it was, so I looked it up later.

After Mumtaz Mahal died, he became depressed, and, perhaps to forget his grief afterwards, because he was freed from his wife and the monologue, he became favored.

Well, I was thinking that Mumtaz Mahal for the rest of my life was enough to make such a wonderful tomb.

I feel a little disappointed.

The participants asked whether the Taj Mahal had ever been repaired, and as a result heard that it was never attacked during World War II.

I was surprised to see the image on the shared screen in VR! They said they hid it on the bamboo scaffolding.

It's an age without GPS or satellite photos, isn't it? 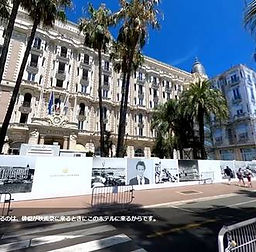 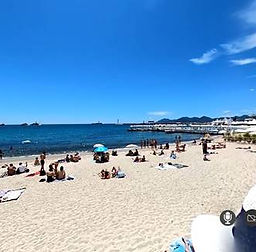 It's fun for everyone to take part willingly.

We will start with the Marche.

I hear that many specialties of the Provence are sold there.

It was followed by the old city, the Notre Dame de Bon Voyage Church.

It seems that Napoleon camped around here when he escaped from the island of Elba in 1815, and there is a monument.

Amazing! (Did he stay for one night in the church?) And going through the old city to La Croisette.

The sky was so blue! I can see the white of the huge billboard set up for the Cannes Film Festival! If the actors were thinking about only one movie theater walking the red carpet, there were a lot of preview rooms and some works were being shown at the same time.

All the ordinary people walking in La Croisette are stylish and the streets are beautiful.

People relaxing on the beach.

Ah, I felt a refreshing summer, and I enjoyed the Cannes air even though I wasn't there.

At the beginning and end of the tour, the Guide, Sebastien, spoke face-to-face, but he was several times more handsome than in his photos. Because a Domokun stuffed animal could be seen on his back, everyone said, "Oh, Domokun?" and he even had a Doraemon Daruma! Everyone was excited because he wanted to go to Japan for another year.

I am also looking forward to tours other than the Cannes Film Festival.