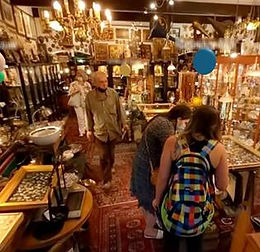 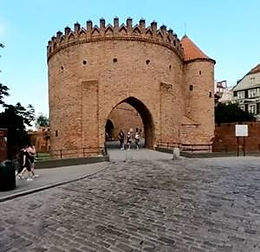 I went to Warsaw Old Town.

It's wonderful to walk around the streets of Europe, isn't it?

The streets of Warsaw have many buildings that give a real sense of history, but in fact more than 90% of them were destroyed during World War II, so most of them have since been restored.

When I looked at the black and white photos that the guide, Ms. Anita, shared on the screen with me, they were nothing more than a pile of rubble. I lost my words...

For the restoration, detailed urban landscape paintings drawn in the 18th century and sketches by the professors and students of the Warsaw University of Technology's Faculty of Architecture drawn in preparation for destruction were used. Additionally, bricks from the original buildings were re-used as much as possible, and buildings were restored by the citizens with the aim of "faithfully recreating even single cracks in the brick walls."

This alone almost made me cry.

Regarding the registration of Warsaw Old Town as a World Heritage Site, it is said that "the people's efforts to restore and maintain the city after the destruction" were highly praised.

According to a story from the time when Warsaw was a fishing village, mermaids used swords and shields to protect the town.

They looked very brave, and apparently they appear in two other places besides the old city square.

During the tour, there were other keywords such as "Napoleon Bonaparte" and "Mrs. Curie", but I was disappointed that I couldn't understand them. 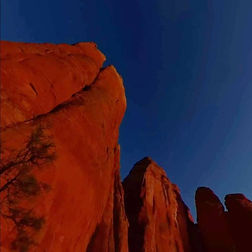 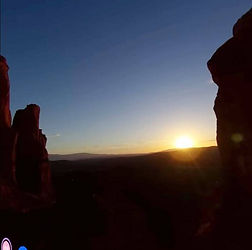 Traveling to Sedona, a "power spot", with my kids in the morning☀

Everyone was impressed. I participated in a morning trip to Sedona with my kids.

The red rock was dynamic and overwhelming.

It seems that it was produced by accident by the wind and rain, but I was surprised as to why there were so many different shapes scattered around.

I didn't know of Sedona at all until now, so I'm glad I was able to visit.

When COVID-19 settles down, I want to stand on this red earth with my own two feet as well.

It was also fun to be told the names of various rocks while on a virtual drive with our guide Yasuko.

It was full of other highlights along with the beautiful nature, such as the turquoise blue McDonald's mark and an American man playing the flute. 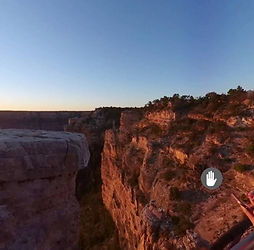 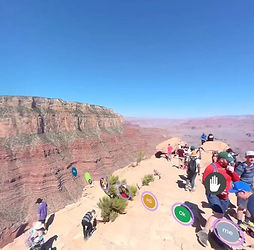 The walking tour was also good, but this tour coming down from the Grand Canyon was my favorite! I definitely recommend doing the tours in this order: "Walking Tour" → "Hiking Tour"!

When you look at the rock up close, it's not only brown, but rather pinkish or green in parts, so it's quite colorful.

It was great not only looking down, but also looking up from below on the precipice! I had the image of the Grand Canyon being a rocky wilderness, but various animals appeared unexpectedly on this tour, such as elks, mule deer, mules, and ravens.

The orange rock lit by the morning sun was beautiful! 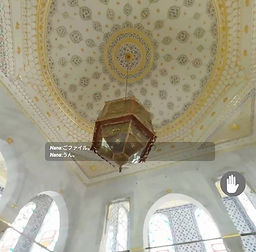 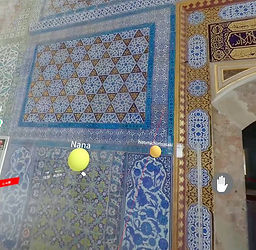 Experience the wonder of civilization

A page of human history!

We started the tour with a clear blue sky.

We then walked around the garden for a while.

The contrast between the pleasant blue sky and the white building was beautiful! This was so beautiful, but it was just a preface.

As I entered the palace, I saw walls, ceilings, floors, doors.

The design was so elaborate regardless of which direction I faced.

The style was also different from place to place.

It was a true fusion of East and West cultures.

I knew that the Ottoman Empire ruled vast areas from my history lessons, but this was only knowledge, without any feeling of reality.

Just looking at this palace, I could feel how amazing it was.

I want to go on this tour by myself again without a guide, stopping the video at my own timing and enjoying all the designs to my heart's content without worrying about bothering anyone.

As usual, you could experience "civilization" on this tour through Turkey! Great!